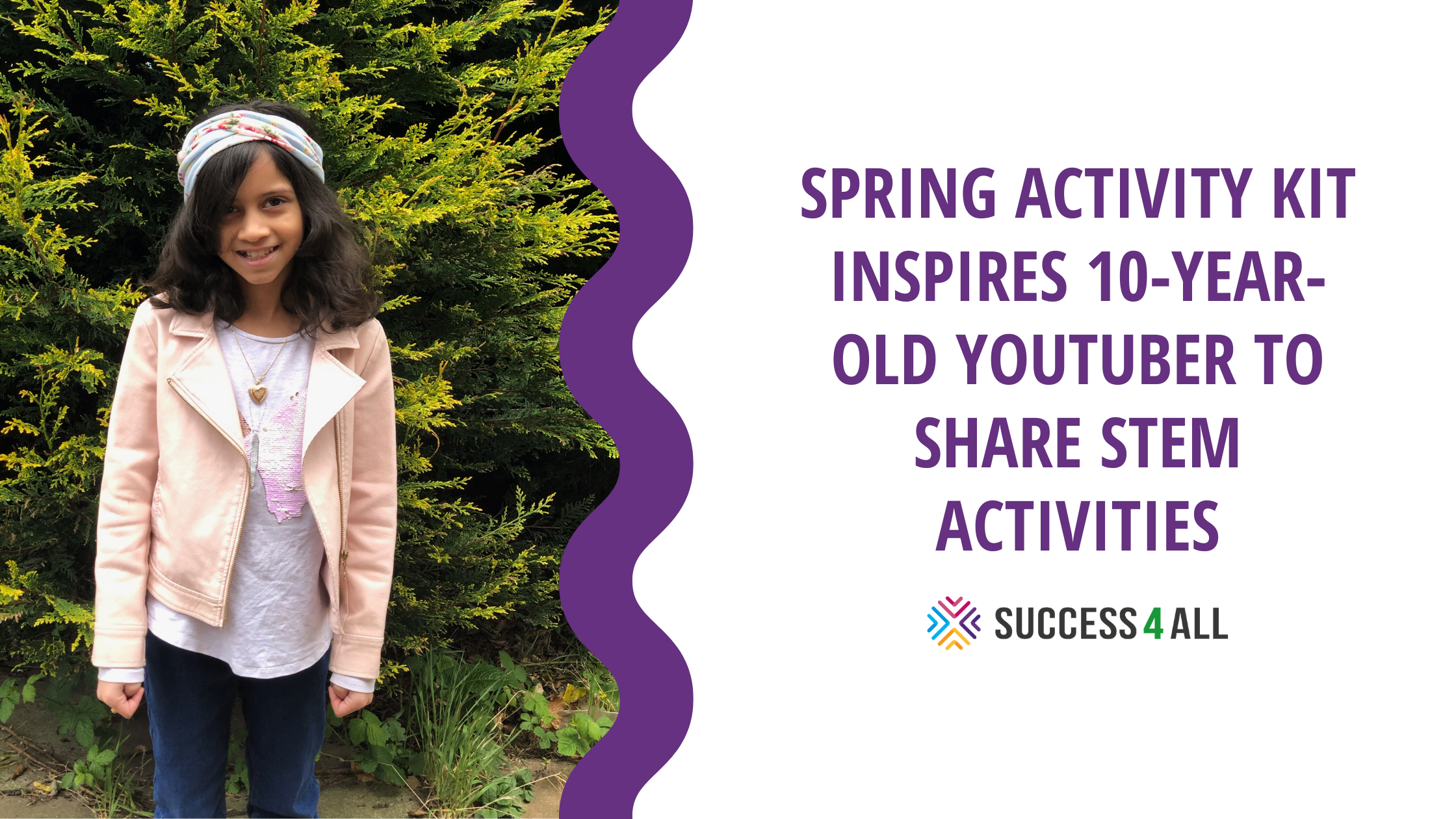 “I like making games and figuring out new stuff that I couldn’t do before. Then I try and improve it and figure out stuff that I don’t know how to do.”

Ten-year-old Husnaa is on a mission: She wants to share her passion for STEM & Art with children like her.

A few months back, Husnaa and her sister launched The Homeschool Club, a YouTube channel dedicated to reviewing STEM challenges and ventures that Husnaa gets up to.

“I’ve been wanting to do a channel for a long time.

“The inspiration was probably my homeschooling and everything that’s been going on. I just wanted to start something to show people how I did it and what we do at home,” explained Husnaa.

Before the pandemic, Husnaa used to attend our Code Club. There she developed a passion and curiosity for coding. And now she wants others to follow in her footstep.

“I used to go to the coding club, and some parents used to come and they used to ask me and my sister to like show our projects and what we’ve made. I really enjoyed doing coding. ” she explained.

There are currently two Scratch video tutorials on the channel that introduces children to the visual programming language. The videos are short, simple and easy to follow.

“So my sister actually edits them and films them, and then I’d like the voiceovers and do them,” she said. 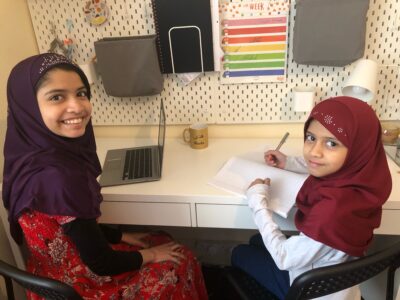 Right to left: Husnaa and her sister working together. Photograph provided by parents.

As well as being an inspirational coder, Husnaa is also an avid boxer and young entrepreneur.

“I used to do a business with my sister, a chicken business, because they used to lay eggs, and we used to sell eggs.

We sell them to like our local people in this area. We started an online messaging group. Then when they wanted to order, they’ll just tell us.”