Our International Volunteer Sasha, from Russia, is doing a 9 month placement here in the UK with us. Sasha is a trained teacher who decided to take this volunteering opportunity to understand life in the UK, gain some experience and to improve her English.

Sasha has been supporting our Learning Hubs as well as running a Russian Club during Easter. At the Club, she taught the children and young people taking part about life in Russia as well as about the Russian Language.

‘I believe the Russian Club went quite well. Taking part in different activities such as playing Bingo, doing a Quiz, making felt Russian dolls, preparing and giving a presentation about some cities and eventually having a Skype-meeting with kids from a Russian school, the children had an opportunity to learn some interesting and surprising facts about the country, its culture and life of its people.’ – Sasha 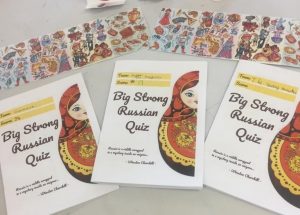 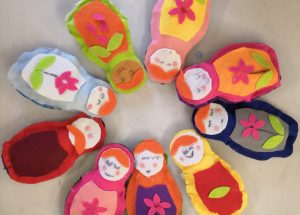 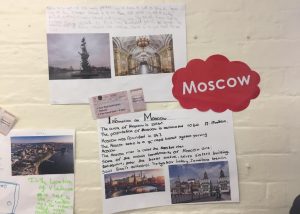 The children were given the opportunity to Skype with children from a School in Russia. They asked questions to find out more about them.

‘The Skype-meeting I would say was the most exciting and memorable event of the Club. Both our and Russian children were a bit nervous before the meeting. But once it started and the first questions were asked and answered, everyone got more comfortable and relaxed. The most popular topics were about food, games, school and holidays. It turned out that all of them had similar interests, hobbies and preferences, for example, in food. Although the children did not expect that in Russia they have 3 month summer holidays after almost every school year!’ – Sasha

We hope Sasha enjoyed this experience and learnt a lot from it.

‘As for me (Sasha), I really enjoyed running the Club. It was my first time preparing all the materials by myself and I did like it. What I have learnt through this experience is to trust myself, be confident and let things happen as they are. Sometimes it is the best decision you can make. If I do something like this in the future (may be any language/country club), I will also add outdoor games, more arts and crafts activities and, of course, as much live communication as possible with native speaker peers of whatever language they speak and wherever they come from.’ – Sasha 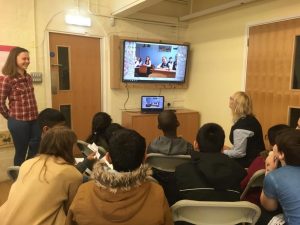 The Russian Club was the perfect way to start the day, followed by 1-2-1 tuition and afternoon activities – sports, cycling and cooking.