On the hunt for propaganda and fake news in Liverpool City

Our West End Young Digital Artists (WEYDAGroup) armed with investigative eyes and minds and their smartphones took a trip to the City of Liverpool in a quest to find interesting historic objects and artefacts around propaganda.

First stop was Merseyside Maritime Museum and International Slavery Museum. There, they found a treasure trove of objects and pamphlets on war and slave trade. It became very vivid to them how easy ordinary people could be dragged into war and cruelty to mankind through propaganda from politicians and people in authority. 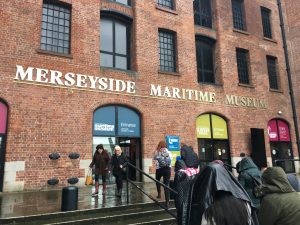 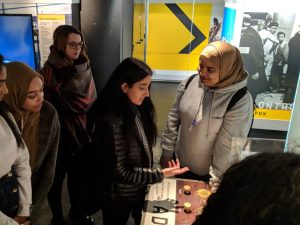 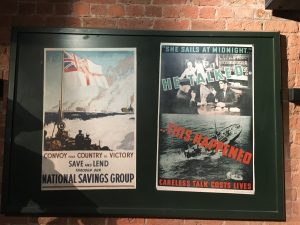 Next stop was Tate Liverpool. They took time understanding the story each artist was telling through their work. Everyone had their own interpretation of the pieces which we discussed throughout the visit. 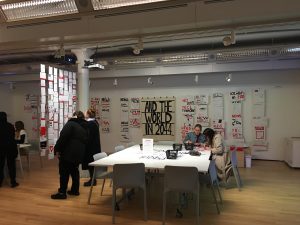 Last stop, the World Museum. There was an amazing range of pieces from space, natural sciences, live creatures to war artefacts. 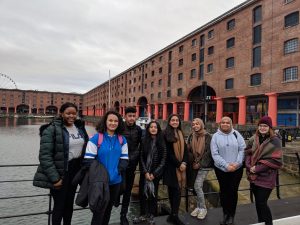 The trip was a great opportunity for them to explore to collect stories and find inspiration for their own presentations on an area of propaganda they personally found interesting. In the following weeks, they prepped their presentations with tips they received during their public training with Duncan Yellowlees. They presented them to the whole group and received useful feedback from each other. This gave them courage and confidence for future public speaking we are planning for events in their community.

What did they have to say…

‘It was relevant to our project and visual. This piece relates to propaganda in the sense that it shows how people are influenced by powerful groups in society and agree with what they say even though it may not be true. E.g. The KKK.’ – Aadam 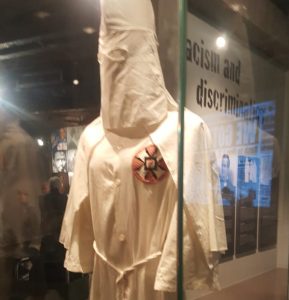 ‘Propaganda connotates war and in many ways is negative. Propaganda was heavily used in World War I and II, it portrayed a message of patriotism and peace, however that was far from the truth, it was used by the government in a negative way to recruit soldiers, these soldiers were exposed to FAKE NEWS…and fake promises…’ – Kareemah 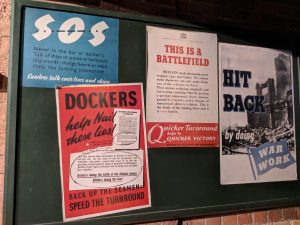 ‘The statue relates to the Fake News project as it’s seen as a positive aspect of breaking free from being seen as inferior and prejudice. It shows if children can break the chains of slavery so can everyone else. It’s fake as it wasn’t that simple to break free, it was much harder, this type of fake news had good intentions but can also be viewed as putting people down as if to say if they can break free why can’t they?’ – Sabah 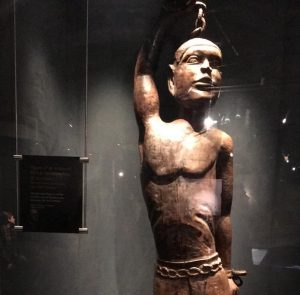 ‘In a world where media influences our beliefs and perceptions of society, our own identities become distorted. We’re afraid to be who we are because we fear of ‘not fitting in’. This statue is a representation of exactly that. We are tied down from being our true self from the control the media have on us, we feel lost and left out.’ – Aliyya