“They made me realise that I am worth it” ~ Virginia 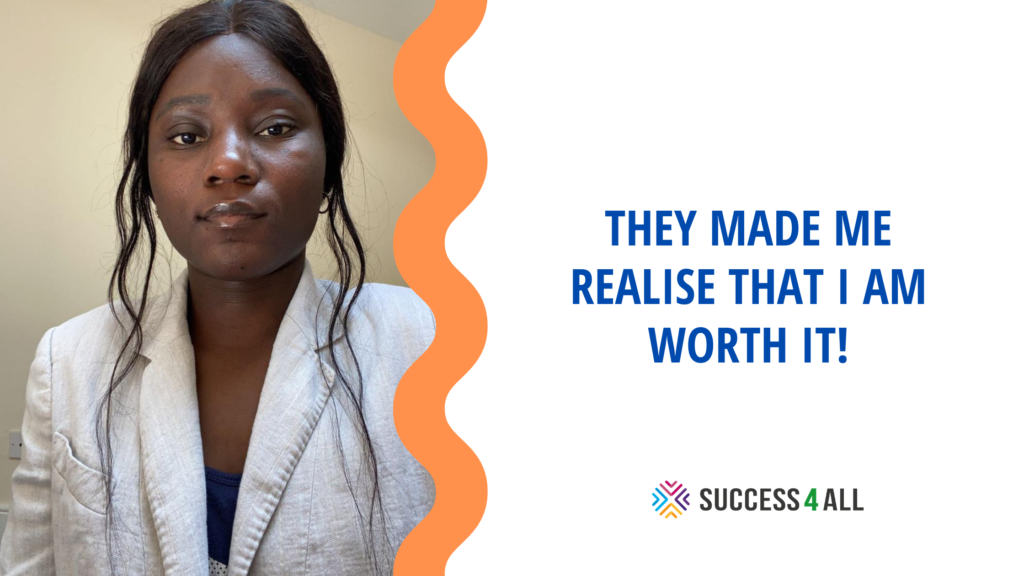 Meet 22-year-old Virginia, an avid reader who finds solace in the unhindered world of books, and a woman on a mission to achieve her goals.

Virginia moved to the UK from Portugal in 2014. At the time she was only 16 years old.

She spoke little to no English and felt lost in a new country where she had no community other than her family.

Fortunately for Virginia, her mother was aware of Success4All, “she had a friend who used to go to Success4All’s after school club to help with some homework.”

It was only a matter of time before Virginia and her younger sister came to visit us.

In perfectly spoken English she recalls her first week at Success4All: “Honestly, my English wasn’t that great, I was like oh my god I’m struggling.”

Success4All made sure that Virginia received the utmost support and encouragement.

Within the first month, she started to feel more settled in and her self-confidence started to grow.

By providing her with a chance to breathe and take things “step by step”, Virginia says that even though the language barrier made it difficult to communicate,  the tutors “were still a big help.”

As her GCSE exams started to creep in, Virginia became worried and anxious.

“Before I got into uni, I was really worried that I couldn’t get the grades I wanted to, but with the support of Busola and her team, who are really fantastic, they’re motivating, they’re like Virginia you can do it, we know you can do it and you’re here because you work hard, and you know what you want.”

Success4All was able to support Virginia from year 11 up until she entered university. By that time she became fluent in English, radiated in confidence and wanted to give back to her local community.

In her own words, Virginia explains, “they made me realize that I am worth it. I’m able to do and achieve my goals.”

She knew that there were children and young people who needed the same support and guidance that she had received from Success4All.

“I actually went back to Success4All to help tutor primary school kids with math and English.

I understood that they need people to help other kids as well, kids who have English as a second language to learn and to be a role model as well.”

Virginia is now studying nursing at Northumbria University and continues to be a role model to children and young people.