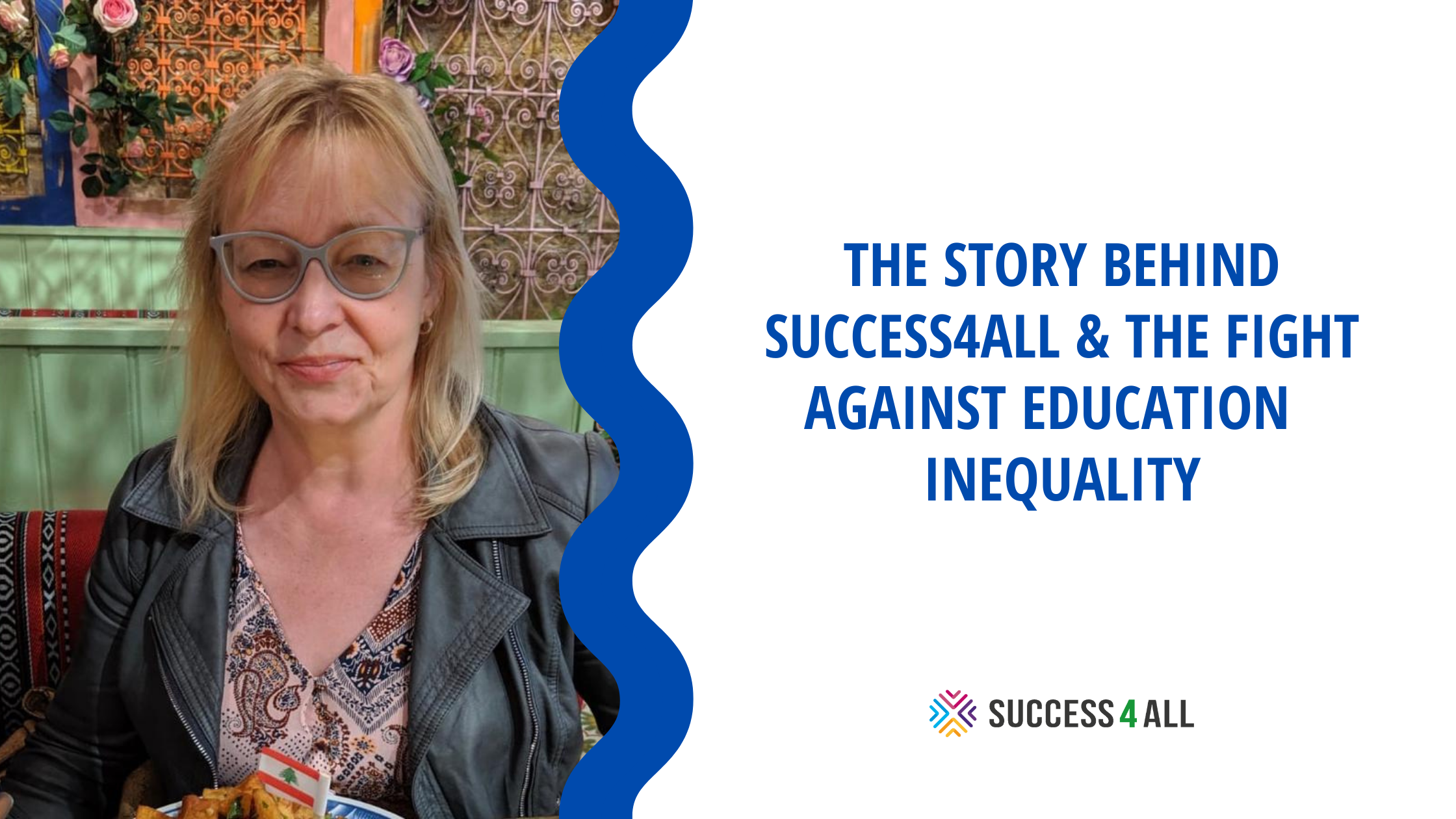 However, for many households across the North East, these were some of the worries that they had expressed, especially those who didn’t have the resources, language nor knowledge of the educational system in the UK.

As a teacher and head of the language department at the time, Caroline Afolabi-Deleu, Founder of Success4All, always fought hard to improve the life chances of all her pupils. She saw the spark and incredible potential each pupil had, however many didn’t see it for themselves.

Sadly, parents also had their concerns.

“A lot of mums especially from African and Asian backgrounds felt at that time, sometimes it still happens, that their children were actually being left behind, especially if they had English as a second language. It’s like all of a sudden, you cannot unlock into this world of learning, because you can’t speak English, therefore, you’re like stupid,” she explains.

According to data published in 2018 by the Department for Education, the North East had one of the lowest English proficiency levels, even though it had the lowest number of pupils with English as a second language.

Much of what parents had expressed, resonated with Afolabi-Deleu. As a mother of three, for whom English wasn’t their first language, she also had to fight for their education, “when my children came into this country, they were classed as EAL learners. They were planning to take them out of lessons. And I said, No.”

With all of these issues being highlighted time and again, change was desperately needed.

However, it had taken a life-changing moment before Afolabi-Deleu decided to take action.

“My husband had a stroke when he was 46 so that all of a sudden made me…re-evaluate everything. It made me reflect whether it was the right thing for me to go back to full-time teaching,” she explained.

As a citizen of the world, community has not only played an important role in Afolabi-Deleu’s vision for Success4All, but also her family, “when we came to this country, and me being from Belgium, my husband being from Nigeria, I wanted them [children] to still connect with their culture.”

The same community had her support when she sought to set up Success4All, “It’s through their support, their belief, their time that they’ve committed to sharing their knowledge, their own intelligence because some of these mums or dads had degrees, master’s degrees, but were not able to work here or couldn’t work yet. They dedicated their knowledge and their time, to tutor the children.”

In our next post, we’ll be introducing you to the mums that paved the way to our success.

Help us bridge the digital divide in the North East by supporting our campaign: https://www.justgiving.com/campaign/S4ADigitalDivideCampaign